One of our consistent fans called me on a Monday and said Hi. I usually skip the formalities with him as we know each other quite well. He is one of the few customers of ours for whom calling a JoJo is habitual, whenever an event is organized in their company. And he also skipped the formalities and told that he is not looking for banquet halls for a meeting this time but rather for some team outing ideas. He knows it’s not what we do. I now that he knows. But he called a JoJo & a JoJo never says No. Hehe! Made some calls, discovered and I suggested a few outing spaces.

And then his friend called again the next week for some other ideas. Even though there aren’t so many team outing venues at Chennai, he just wanted to know what suits him best in just five minutes. And then a thought struck me. Why not write a blog post and make things easier for people looking for team outing ideas?!

Wish life is so serendipitous for a content writer! The universe would give an Aha! moment and I can create a blog post or a meme!

My boss asked me, “Watsup with the blog?”

Nothing was up then. And I knew something should be up by evening.

Was just Instagramming on a break and stalking the profile of this girl, a friend’s friend, whom I have been desperately trying to meet up, but never could. Looked like she had gone for a corporate outing. Bingo! Had to meet her cause I needed data for the new post I’m writing.

So this post started with a sincere selfish motive. However, it turned out to be an informative one. Hehehe! Read on and catch a glimpse of corporate team outing ideas other than the usual resorts.

Team outing options are generally at resorts or adventure and gaming zones. It depends on whether it is a relaxing, catching-up-with-colleagues agenda or a team-building one. I’ll run you through the venues where you can have fun as well as strengthen and nourish the bond amongst your team.

This is as rocking as the name looks! The indoor rock climbing facility, first of its kind in Chennai, makes this place a rocky rocking one! There are also other activities such soft touch archery, slacklining and Zumba.

Yeah! Rock climbing is the cool but unable-to-do thing that we all see in the HD wallpapers and admire. Well now in Chennai we can pose ourselves and make it as wallpapers. Including those of you, who don’t have sculpted muscles.

There is a 35 feet high wall fitted with plastic holds of different shapes and colors. The participant climbs to the top by choosing a specific route of a specific color. There are about 20 routes to climb. The routes are of different grades of difficulty from very easy to hard. There are other activities too.

Slacklining is the act of walking over a suspended length of flat webbing. It takes a shot at your balance.

Zumba A sneak peek into a fitness training that involves intensive training with rhythmic music to tone your body.

Though it’s an ideal space for a team outing, Fitrock arena has also been attracting birthday parties and family get together off lately because of the novelty of the activities. Check out the place at Pallikaranai.

Laser tag is the toned-down, harmless version of the paintball game. However, the fun, energy and strategizing are as vibrant. It is a real-life arena of a shooting game where you get to be any of the cool heroes that you wish you were, from the video games that you played when you were a child. Contra, counter-strike, tomb rider… You name it. While you can’t get the forests, deserts or abandoned buildings to run and jump around, you’ve got a gun! If a little of the video game playing kid is left in you, then you can just go on a shooting spree.

You are given special vests and a laser gun that emits harmless lasers. You are split into teams and put in an extensive indoor arena. Just pick up your gun, split into two teams ensuring you put your boss in your opposite team and then… Happy shooting..!

Now if the majority of the team wants to play more of intellectual than physical, Freeing India promises thrilling indulgence!

It features 5 mysterious and fun themed rooms. You are locked in a room and you have to escape it by spotting carefully for hints and clues. Easy isn’t it? This is not the treasure hunt that you played in schools or colleges. You are put in the middle of a feature film with a back story. Climax is coming in 45 minutes. Either you solve the puzzle and emerge a hero or you don’t and emerge a lost hero.

Kaleidozone, India’s first Interactive VR Zone. Yeah! VR is where you put on a pair of giant specs and you are into a new world with which you can interact. There seven different VR experiences to choose from.

For someone who hasn’t experienced VR yet, the first few minutes will be like a kid thrown into a world of candies and chocolate mountains. You just have this amazing new world around you with which you can do anything but you are too baffled to do anything.

What’s special in a VR? Is it the visuals?! Is it the experience?! Yes, it is for the moment! But what stays with you long after you left the arena is the feeling of experiencing something that you don’t get to, in your day to day life; Ones that are reserved for movie stars, adrenaline junkies and superheroes.

It can happen at the 1st floor of Ispahani Centre.

Had your fill of resorts and games? Up for some adventure sport and adrenaline? Then Surfing should be your shot.

Bay of Life Surf School located at Kovalam, is the first accredited surf school in Tamil Nadu. It is a destination for all surfing-related activities, purchases and schooling. With a team of surfers, trainers and scientists, it is no doubt a professional surfing destination.

Don’t get boggled by the sophistication of it. It is a place of fun and frolic for people who are dazzled by the idea of surfing and want to give it a try. Why should surfers have all the fun?! The best part is you need not even know ocean swimming to go try surfing at The Bay of Life. 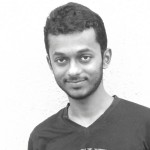 Tips For Optimising Your Conference Budget

Are you planning to hold a conference anytime soon? Well, you might end up calculating a lot more budget than what you can afford! In that case, you might want to follow this guide, which Read more…

Games For Cognitive Development Of Infants

It is a very well known fact that the maximum growth in a human’s life takes place when he’s an infant. Therefore, parents should pay special attention to the baby, especially in the first year. Read more…

With the advent of technology, companies prefer to use the latest tools and platforms to solve their problems. It would not be wrong to say that almost every industry relies on technology to manage their Read more…