All About The Kannada Wedding Rituals And Traditions

Indian weddings traditionally involve several intricate ceremonies each with a purpose and a deep meaning. Usually, it consists of pre-wedding, main, and post-wedding rituals. Weddings in Karnataka are fairly simple and entirely focus on Kannada rituals and not the splendour. Kannadigas prefer to follow their old traditions and rituals when it comes to the wedding. Every region of Karnataka have their own Kannada wedding rituals but the basic structure of the Kannada wedding traditions remains the same. Kannada weddings are usually short, lasting for about 1 or 2 days and most of the rituals are usually performed during the daytime.

In an arranged marriage, both the families match the prospective bride and groom’s kundli/ horoscope. Weddings are fixed only when the stars align to ensure compatibility and happy married life for the couple. To fix the marriage both the families exchange a plate filled with betel leaves and betel nuts. In Kannada wedding rituals, Nischay Tamulam is nothing but an engagement ceremony to officially announce the engagement. The groom’s family gifts the bride new clothes, sweets etc. Similarly, the bride’s family also gift the groom clothes, fruits, and sweets. Finally, a priest sets an auspicious date for the marriage.

This Kannada wedding ritual is performed in both the bride and the groom’s house prior to the wedding. Naandi is primarily a pooja performed by the priest of both the family to ensure that the wedding happens without any problems.

The beginning of the wedding ceremony is marked by filing a traditional copper pot or kalash with the holy water. The pot is topped with dried coconut. The Kalash symbolizes a pot of amrit or the nectar of life. This ritual is performed to ensure that the couple is blessed with a life of abundance, health, wisdom, and longevity.

The first invitation card is given to the family god/kul devam to bless the would-be couple and remove all the obstacles from their lives.

Before leaving for the wedding, the groom visits all the temples in his neighbourhood to seek blessings from all the deities. All the things that are going to be used at the wedding are placed in front of Lord Ganesha to seek his blessings and also to sanctify the objects.

A fun-filled Kannada wedding tradition where the groom pretends to be angry with everyone for not searching for a suitable bride for him. He threatens his family that he will leave for a pilgrimage to Kashi with a walking stick, a dhoti, a fan, and edibles like a coconut along with some rice. As the groom leaves for his pilgrimage, his maternal uncle stops him from going and puts forward the girl he chose for him. The groom changes his mind and agrees to stay and get married to his bride.

The groom and his family are received at the entrance of the venue by the bride’s family. Five sumangalis or married woman take their turns to perform aarti of the groom before ushering him inside the wedding hall.

The groom, as per the Hindu traditions, is considered to be the reincarnation of Lord Vishnu. Following this assumption, he is worshipped by the bride’s family. The bride’s father accompanies the groom by to the mandap. The bride’s father cleanses the groom’s feet before he steps into the mandap and performs aarti to honour the groom. He is also presented with a set of silk dhoti and scarf known as pitambar which the groom has to wear during the entire wedding ceremony.

The bride is brought to the mandap with her face is covered by a fan made of peacock feathers. Usually, the bride’s sister holds the fan. Between the bride and groom, there is a cloth curtain which prevents them from seeing each other. The curtain is gradually removed while the priests chant the opening mantras of the wedding ritual. Once the curtain is completely up, the bride and groom get a first glimpse of each other on the wedding day and exchange the floral garland thrice.

Also Read: All You Need To Know About Gujarati Wedding Rituals

The kanyadaan in Kannada wedding is quite different than that of any other Hindu wedding. The bride’s right hand is placed on the groom’s right hand. Above the joined hands, coconut and betel leaf is placed. The bride’s parents give their blessings by pouring holy water on the would-be couple.

A nuptial knot is tied between the ends of the would-be couple’s attire. The knot signifies an unfailing bond between the two souls. The couple then circumambulates the sacred fire seven times; this Kannada wedding ritual is termed as Saptapadi. The bride follows the groom while they utter their seven sacred vows. Each vow signifies something important in their relationship. After the saptapadi, the couple sits down. The bride is on the groom’s left and with the help of five married women, the groom ties the mangalsutra around his bride’s neck. This is the last ritual which needs to be done to conclude the wedding. After this, the couples go to the elders of both the family to seek blessings.

White and red is the best combination the bride could wear on her special day. A nice white or cream sari with a beautiful red border, with a tinge of gold, is what a typical Kannada bridal dress looks like. In addition to that, her hair is braided and adorned with flowers like jasmine or rose. A bride is incomplete without jewellery and like any other South Indian bride, Kannada brides wear elaborate gold jewellery.

The groom wears a white dhoti or veshti in a typical south Indian style. Veshti is paired with kurta or sherwani in cotton or silk. During the wedding ceremony, the groom has to wear a silk scarf known as Angavestram. Likewise, the groom also wears a white or orange turban known as pheta/pitambar. Also, the groom carries a stick in his right hand which needs to be blessed by the priest prior to the wedding day. In some parts of Karnataka, the groom pairs his veshti with a matching valli along with pheta.

Post-wedding both the families meet to play games and break the ice between the newly wedded. Kannadigas play a game called okhli where the groom’s ring is dropped in a vessel containing milk or coloured water. The bride and her brother have to find the ring from the vessel. If the bride is successful in finding the ring, then it is implied that she will be able to handle any challenge the marital life throws at her in subsequent times.

Also Read: All You Need To Know About A Tamil Brahmin Wedding

After all the rituals and games, it’s finally time for the bride to say goodbye to her family. Traditionally, she is sent off to her in-law’s house with gifts that are required to set up a new home which includes furniture, cooking utensils, umbrella and sweets. Usually, the bride’s brother accompanies her to her new place. He stays there for the night and departs the next morning.

Just like any other wedding, Kannada wedding also has the kicking of the Kalash ritual. The bride kicks the Kalash full of rice with her right foot kept at the threshold of the house. On the second day, the bride’s family comes to take the newly wedded bride and the groom to their house. The couple stays at the bride’s place for a few days. Later, the groom’s family goes over to his in-law’s place to fetch the bride and the groom.

Kannada marriages are similar to traditional Hindu weddings with customs, practices, and rituals of the region. Do let us know if we missed any Kannada wedding rituals.

If you are getting married and are looking for planners who can put your dream into a reality, then look no more! BigFDay and its team make sure that your wedding is as dreamy and beautiful as you imagined it to be! Contact us for more information about our wedding planning services. 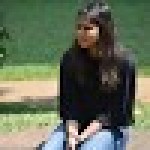 Where Can I Find A Bridal Dress For Rent In Chennai?

Ask yourself honestly, how many times are you going to wear the wedding lehenga that you spent a moolah on? How many times will you wear that ultra-heavy and showy necklace? Chances are once your Read more…

List Of All Auspicious Tamil Marriage Muhurtham Dates In 2020

An Indian wedding is known for its extravagant venues, expensive attires, and glamorous celebrations and sumptuous food.  But above all, its the traditional rituals and beliefs with which we conduct the wedding itself.  Marriage is Read more…

13 Wedding Garland Trends You Need To Know For 2020

Nothing beats the charm of a fancy wedding filled with stunning and unique floral wedding trends. From the wedding attire to decor to floral designs etc,  everything is about creativity. And hence your wedding garland Read more…