What began with the Jallikattu protest, change in government, sudden love for Panneer (you know what we are talking about), then slid onto #metoos, swept by cyclone Ockhi, and moved towards Superstar’s political entry and now has now stopped with R.K Nagar. 2017 sure has been an eventful year for Chennai, with not only interesting gossips and resistances, but some beautiful affairs too. This year has also witnessed some beautiful celebrity weddings in Chennai, mostly setting wedding goals for all of us! What’s exciting here is that most of the celebrity weddings in Chennai were pretty simple, and yet caught our attention graciously.
Remember Gemini Ganesan’s popular number, ‘Kalyanam Haa Haa Haa Kalyanam’? At Bigfday, we love weddings, and oh! We love to reminisce too. Can’t stop playing that song on loop though!
So, here we are, with a list of favorite celebrity weddings in Chennai in no particular order, that took place in 2017. Al’yo girls and guys looking to get hitched soon, you can thank us later.

Ever heard of a bigfatnoisysexymusicaldream wedding? Music producer Dharan and Deekshita Manickam, a fashion designer/model from Chennai, recently tied the knot. Remember those weddings we’ve been seeing in films? The ones where there is a lot of music, dance, friends and family shaking legs to the same music, the same steps – That’s just what happened here. What a gala celebrity wedding in Chennai!

The Daran-Deekshitha wedding was a dream come true. Marry a music producer and you’ll know the perks – Dharan, our lover boy, composed a whole song for the wedding which was of course, a massive hit, and guess who starred in it? The bride, groom, friends and family!

The entire wedding was a total masti-maza event, wonderfully, joyfully and colorfully captured by Fifth Angle Studios.
Aren’t these the ideal wedding goals?

‘Nee Marilyn Monroe cloning ah illa Jennifer Lopez oda scanning ah?’ That’s how adorable Nammu looked! The glamour queen of Kollywood, our very own Namitha recently got married to her long-time boyfriend Veerandra Chowdary, and we just can’t stop talking about how cute they were, together. The innocent joy in Nammu’s face was pretty evident at the Mehandi function and as much as her, we were pretty excited for the big day too!

Veer and Namitha had been seeing each other for about a year now, and it was during one of their candlelight dinner dates, when Veer all of a sudden proposed and Namitha couldn’t help but blush! And since then, the wedding bells have been ringing loud enough for the two.

The wedding was held at Tirupati in the presence of friends and family, followed by a reception in Chennai. Not to forget, Namitha looked deadly gorgeous in an attire we’d love to see her – the Muhurtam saree!
Although the year had a couple of ups and downs for Namitha at Big Boss, it ended on a lovely note!

Ever wondered how Cinderella felt when she found her prince charming? Well, we found that out at our Indian Cinderella’s wedding! The big fat wedding of Samantha and Naga Chaitanya!

A love story woven of memories, love, belongingness and commitment, which all began in 2010 when at the sets of Ye Maya Chesave, one of the biggest romantic hits of all time. We know enough has been written, read and spoken of, about the celebrity wedding. So, here is a sneak-peek into their lovely fairy-tale:

The engagement is totally #lovegoals for us, looking at Sam’s engagement attire embroidered with memories of their moments together.

Jealous much? Wait, we’ve got more for you.
The wedding took place in two styles – the Hindu and Christian way, but the destination is what our #weddinggoals have been: Go Goo Goaaa!

Samantha and Chaitanya looked totally a(ww)dorable in their dresses.

These moments of love were magnificently captured by Stories by Joseph Radhik. This is definitely the wedding we have all been dreaming of, all our lives!

There’s something about us Indians; we love to celebrate our special day, the ‘filmy way’! Not a very long time ago and perhaps even now, the craze for ‘Thudakkam Maangalyam Thanthunanena’ has been on fire especially during weddings, where cousins, family, friends and everyone dance, sing and celebrate. Well, isn’t that how we have always wanted our wedding to be?

Actress Ashwathy Warrier, who was seen in films such Neethane En Ponvasantham and Maan Karate, recently got hitched to Abhilash Panicker, in the most innovative, quirky and liveliest wedding you could have ever imagined.

It was a beautiful Malayalee celebrity wedding in Chennai, with a little extra emphasis on the ‘mallu’ part of it. What caught the city’s attention majorly was a performance by the entire wedding crew – from the first to the last generation. Everyone lip-synced and shook their legs to the popular ‘Im a Mallu’ number. This song was originally released by Rinosh George, Bangalorean.

Be it the decor, music, food or even the people around, it was a fun wedding. The bride and groom were total charmers and their performance absolutely stole the show!

Watch the link below to get an idea of why we are going gaga over their wedding.

Singer Srinivas’ daughter Sharanya Srinivas who is Kollywood music industry’s favourite child, recently got married to Narayanan Kumar, an architect from Cochin. It is a love story that began on stage during one of her performances in 2014. With music mozarts from the industry, the wedding affair was a very beautiful musical journey, we should say!

‘Iyengar’u veetu azhagae’! Looks like this song was written only for her. Sharanya looked absolutely gorgeous in all her wedding attires for different functions. We definitely fell head over heels, looking at her bridal attire for muhurtam. Elegantly draped in a 9-yard saree, one couldn’t have seen a better Tambrahm bride than her.

She looked absolutely stunning in her reception dress, and the groom not any less. Together, one could say, they are perfectly made each other.

All you tambrahm couples, we’ve found your inspirational #dreamwedding already!

The legendary poet and writer Kannadasan’s grandson, Aadhav Kannadasan, a writer and actor, recently tied the knot with Vinodhinie in Chennai. “Kavidhayae theriyumaa, en kanavu nee dhaan adi.” Such was the wedding affair, filled with lots of love and music. But, wait? Have you checked out their engagement attire yet?

You see that class in his style? Yeah, we couldn’t just take our eyes off him!

Now, going forward to the wedding, their Mehandi function was just too cute, and the duo were so excited about their wedding and we could see it from this:

Their wedding decor definitely one of the craziest we have ever seen!

And, on muhurtham, we could see Aadhav totally lost, but in love!

At Bigfday, weddings are as special to us as they are to you. Come, visit us at bigfday.com to have a chat, and who knows? The next on list could be you! And we would love to feature you on our wedding stories just like Ashwathy and Abhilash… 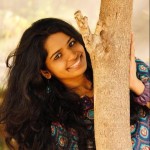 You are tired watching umpteen number of videos on Youtube but you are still confused as to which songs should you pick for your sangeet! Did we guess it right? If yes, you’ve tapped on Read more…

OMG!!! you getting married, must be super excited. So many rituals and customs will be conducting. Even events such as the big wedding day, haldhi, mehendhi. And no event is lesser than the wedding day.  Read more…

All You Need To Know About Maharashtrian Wedding Tradition

Is your significant other Marathi? Or are you one and would love to know more about the rituals that take place during the wedding? In either case, this article will help you a great deal. Read more…